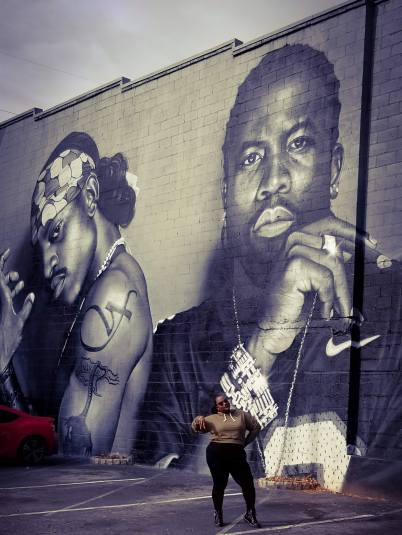 Born and raised in Atlanta, Ga., Kat is the epitome of a southern belle and has been in the kitchen since she was eight years old. With roots stemming from Florala, Ala., Kat’s maternal grandmother set the bar high by putting her own twist on traditional southern recipes. Always under her grandmother and mother in the kitchen, Kat mastered these family recipes at an early age and began to wow her fellow taste testers shortly after.

In college, Kat would host monthly dinners with friends in the lounges of the American University dorms she resided in. After college, she continued the tradition for friends and family. As Kat grew older and more health conscious, she began to rework her traditional, southern recipes from her family into more healthy options, as well as explore more clean recipes.

In 2014, Kat was introduced to food subscription boxes, and it was love at first bite. She enjoyed cooking with new ingredients and trying recipes she might not have attempted on her own. After posting delicious dish after dish, Kat’s friends encouraged her to start a blog. After a year of procrastinating, she launched thedishwithkat.com in July 2015.

Brisket Tacos prepared tableside @sonoraprime.
The Chopped Up Rib Eye served on a Hot Stone @sonoraprime is prepared tableside and is absolutely delicious!
We barely had room for dessert @sonoraprime, but when there's a will, there's a way!
Next up @sonoraprime were our appetizers and entrées, which were all delicious and beautifully presented. I wouldn't often recommend ordering chicken at a steak house, but theirs was some of the best chicken we ever tasted, perfectly charred and succulent!
Even when I'm staying at an all-inclusive resort on vacation, I like to get off the resort and try local restaurants. On a recent trip to Puerto Vallarta, Mexico, we decided to celebrate my friends birthday off the resort. I did a bit of research and recommended @sonoraprime. The food, the ambiance, the presentation, all of it... EVERYTHING was on point.
Finally made it over to @theroostdc for lunch, and it did not disappoint. It's a gourmet food hall that's a great alternative work from home space! Check it out!
I hope everyone had a joyous and merry Christmas with their families and loved ones! I played chef for the day and prepared all the meals.
I finally made it to @YardBirdDC, and it did not disappoint! The ambiance is perfect for a date night with your boo, and the food is delicious! My friend I dined on:
Restaurant Week provides the perfect opportunity to try new and expensive restaurants at an affordable price. This week, we did a Girls' Dinner @TrulucksRestaurant, which offered a 3-course dinner for $55 per person.
Of course I had to revisit @LadyBirdAtlanta when I was in town for more of their delicious food! #TheDishWithKat
My mom has been raving about @RocSouthCuisine for months, so I treated her to lunch on this visit, and it did not disappoint! Be sure to check out this #BlackOwnedBusiness when you're in Atlanta. They are busy, so lunch is recommended, and if you are going for dinner, you definitely want to secure a reservation on their site.
Visited my old Virginia Highlands stomping grounds to check out @eatatcoatl with friends! They offer a modern twist on Southeast Asian cuisine plus sushi and poke.